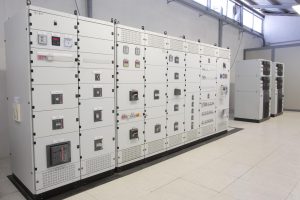 In 2006, L’Italiana Aromi chooses to limit the environmental impact of her manufacturing processes thanks to a streamlined energy saving system. Not only that, the green soul of L’Italiana Aromi is much more than a marketing strategy. This is proved by the Lombard company’s last 10 years of activity.

Green was the choice to acquire an old factory without knocking

it down to then rebuild it, restoring it primarily by means of an indispensable decontamination from asbestos. Green was the choice to enhance the industrial archeology of the territory and to make the same building the energetic heart of L’Italiana Aromi, installing photovoltaic panels on the roof and cogeneration and geothermal plants in the inside.  Green was the decision to keep the areas around the buildings green by planting new trees.  Green is the conviction that complying with European standards in the field of environmental policies is important and necessary for a company of great experience which, thanks to its potential, aspires to becoming increasingly international.

To meet the high energy requirement of its own production site and, at the same time, impart a concrete change, starting from the year 2006 the Lombard company decided to undertake an important re-conversion process towards a sustainable future.  With almost six years of work and an investment of several million Euros, an organic and functional system has been accomplished which is able to bring the company up to European standards for energy saving and sustainable development.  It is a radical re-thinking of the development model aiming at greater environmental sustainability and growing innovation, which catapults L’Italiana Aromi among those companies, not only Italian but also international, which are more responsible and attentive towards the environment.  And the route taken by the company, to demonstrate its European and international  outlook, represents the future of the whole industrial sector:  this is confirmed by the GreenItaly study carried out by Unioncamere (an Italian public entity, representing and caring for the general interests of the Italian Chambers of Commerce), according to which 37.4% of green enterprises can boast an important presence on overseas markets, compared to 22.2% of companies that do not invest in the environment.